When I was a youngster growing up in semi-rural Australia in the late 60’s I was privileged to enjoy a relatively serene country lifestyle, surrounded by forests, fields and meandering creeks. Nothing was overly complicated on our 5 acre lot, we grew potatoes in the Winter, hay in the Summer and our 2 resident cows, named Raspberry and Strawberry, both lived long, fat, indulgent lives as an integral part of our family. No one ever had the heart to send them to the local market and they eventually succumbed to the rigours of old age and a visit from the local vet.  Excitement and thrills were self made and required the utmost ingenuity which often resulted in scraped knees, stubbed toes and a bloody nose.

Life was abundant in the simple pleasures a young lad can find in exploring his own backyard. From the prickle of sun-dried hay stubble under bare feet as you played cricket on a badly mown cricket pitch in the middle of the paddock, to the knee-deep mud that would suck the oversized gumboots from your feet when the rains came and nearby dams would burst their banks in torrents of muddy brown water. A local dam bursting was a heaven-sent opportunity to break out the toy boats, and for that matter anything else to hand that by ones own highly evolved reckoning, might float long enough to provide some entertainment.

Lying spread-eagle on your trusty air mattress and having cast yourself upon the raging waters you skimmed the surface of the world and would soon be none other than Thor Heyerdahl on his Kon-Tiki Ra with his trusty boatmen from Lake Titicaca on their epic journey to fame. Anything was possible. 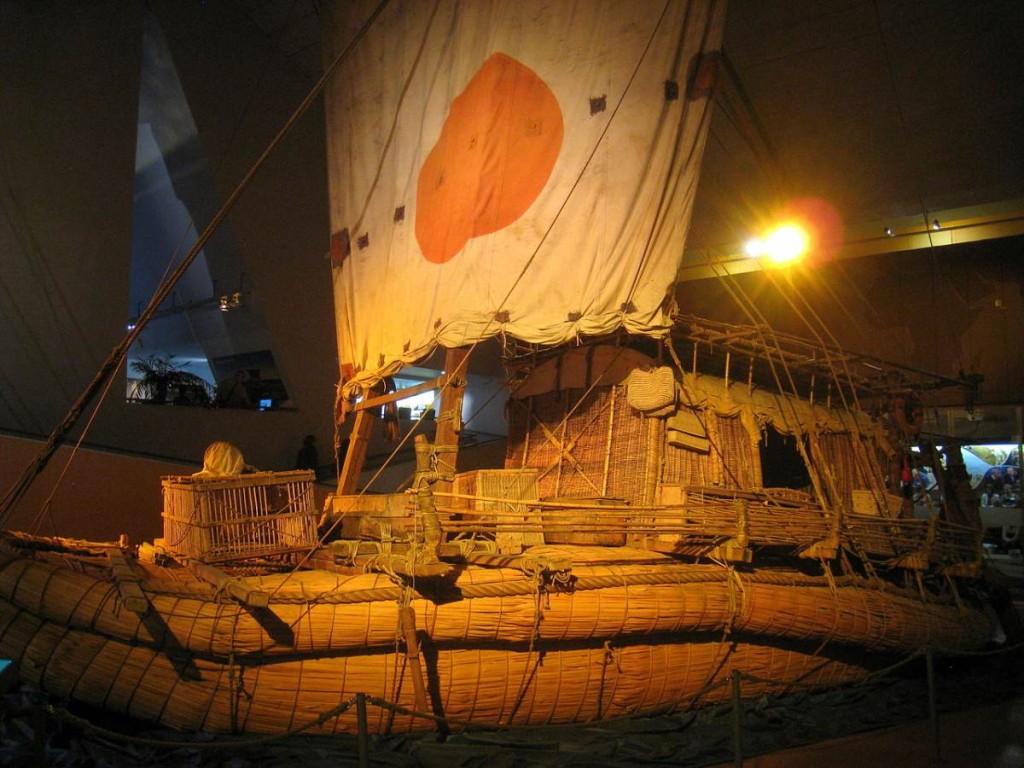 Thor was a 55-year-old master Nordic seaman and boat builder facing the perils of the wide open Atlantic with a seasoned crew and the eyes of the world upon him. I was a 9-year-old, alone on an air mattress, cast adrift in a sea of liquefied cow dung, plunging helplessly towards a 2 meter deep flooded creek filled with blackberry and gorse bushes. Now I ask you, discerning reader, which of us was the bravest?

Sometimes the air mattress would run aground on the hummock of a rabbit warren and send you sprawling into the muck and mire. Blinded by mud and spitting gritty residue from your mouth you remained resolute. This however was par for the course for any truly well seasoned adventurer of the day. Undeterred, you found yourself running wildly along with flailing rubber legs (you should try running in gumboots in the mud) beside the turgid rapids, disengaging any other wayward craft from the taller tussocks of grass that remained above water level and frantically dodging the patches of Scottish thistles en route. Only the looming barbed wire fence ahead formed any kind of serious barrier to the race challenge. This was the America’s Cup of childhood boating. Truly a bonafide country regatta powered by knobbly knees under baggy, hand-me-down shorts. My simple world continued to turn, undaunted by flood or drought. Words that haunt our everyday lives in modern times like Financial Crisis, Swine Flu and Climate Change would have made admirable names for these ships of the upper paddocks. In short, life was good and uncomplicated and all things in the universe had a place and a stability that I still fondly reminisce about to this day.

There was however, in this near perfect universe always one yard stick that you could measure your world and self-esteem by. One thing that set you apart from all the others around you, something that said ,“Class“, something that said, „Style“ and something that said that you knew what quality and taste were all about. This small but simple item was nothing more than an embossing or a sticker that simply said, „ Made In Germany“. It said, in terms not to be argued with, that the item you held was of the highest quality, perfectly engineered and most importantly when keeping up with the Jones’s, expensive! „Made In China“ or „Made In Taiwan“ really just did not cut the mustard. Even „Made in Australia“ was completely lacklustre and more liable to draw snorts of contempt from your peers than the „Ooohs and Ahhhs“, that would ensue from something German designed and manufactured. 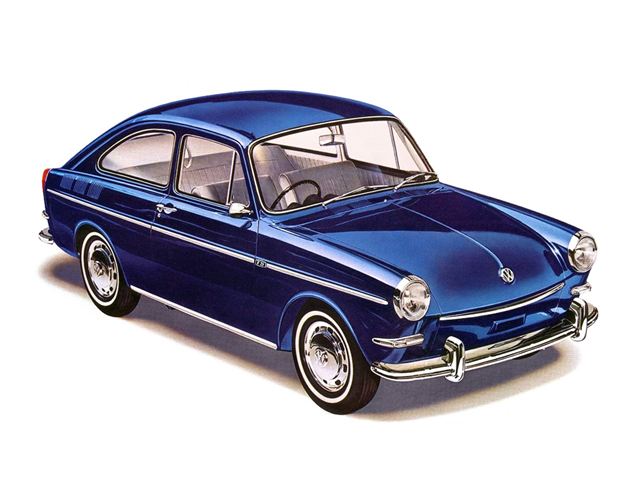 A Type 3 Volkswagen similar to my mothers.

My mother was clearly a woman of discerning taste as she drove a 1957 VW Beetle. This miracle of modern German engineering even had real tubeless tyres and was capable of accelerating from zero to 30 mph in 7.5 seconds and completing the quarter-mile in 23.8 seconds at a mere 52.5 mph. The top speed? Just 68 mph. Bavarian Beetle BAVOOOM!!! Alright so it wasn’t exactly a Porsche, and with its recent modification of a light truck gearbox it would shudder away from standstill, like an unbalanced load in Mum’s old spin dryer, till it reached a cruising speed of 20 mph, when a smoother transition of power from its vastly superior 1200cc motor kicked in. As kids we adored the character of this car and all of its shortcomings. I still recall the car registration, GSS-162, good ol’ Go, Shudder, Stop-162!! A few years later on she purchased a TS1600 Type 3 fastback and this put Mum clearly and beyond all doubt in the same league as Michael Schumacher. She would forever after, in my eyes, be seen as a woman of impeccable style and unerring chic.

This was what German engineering and the true pursuit of perfectionism was all about, and to a very impressionable youngster it was the epitome of my dreams. Dashing and fashionable, it had the panache to hoist my self-esteem to undreamed of stratospheric heights. It was after all German designed and built! My mother as a life long journalist would spend the entire of her reporting career relying on the quality of German designed biros. Laszlo Biro was a very clever Hungarian and was indisputably responsible for the invention of the ball point pen but it took the Germans to truly perfect the art. Staedtdler, Stabilio, Rotring, Shaeffer to name but a few. Adler pens and typewriters were also an industry standard renown for their durability and style.

You can only hope to imagine the absolute sheer delight and sense of pride that engulfed me when on one memorable Christmas morning in 1969 when I opened a smallish present from my uncle to find inside a glistening chrome Hohner Marine Band Harmonica. Staring me in the face and looming larger than a Broadway headline banner were those goose bump words, “Made In Germany“. If all my Christmases could have come at once then this was most assuredly it. I stood transfixed and speechless. Eyes bugged. Heart racing. Mesmerised. 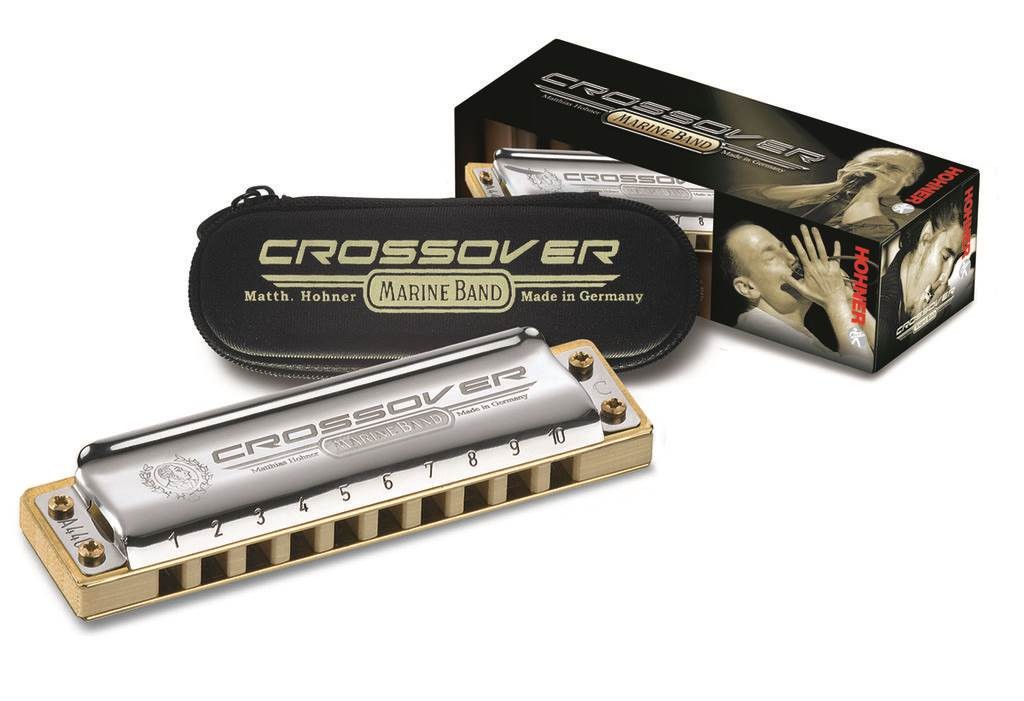 I was not now just any 9-year-old country lad from down under, I was now a man of the world with real means, undeniable good taste and in no few years I would no doubt take over the world. The first few notes that I blew were to my ears nothing short of the sweet notes that had issued forth from the heraldic trumpet of Gabrielle. Pure resonance, perfect pitch and worthy of an appearance at any Royal Command Performance. With this superb piece of equipment in my quivering palm, honed from centuries of Germanic craftsmanship and know how I would assuredly be playing alongside Larry Adler and Max Geldray on the next series of the Goon Show. Unbounded enthusiasm effused my every thought. Little doubt my family failed on that gratifying and exalted day to hear the true beauty of my celestial tooting, but I cared little, for I was alone in a world of dreams as I was eventually exiled to the garden to continue my solo performance. By punk standards I was a virtuoso. Consumed by dreams of irrefutable world dominance, my only audience was our dog at that time, a dachshund named Otto. Another inspired addition to our family who required no manufacturers label as his entire attitude was one of aloof superiority and finest Germanic breeding. He was named after Otto Klemperer, a very famous German-born Jewish conductor and composer. Given a pince-nez, baton and tuxedo he would certainly have looked the part. It may however have been a bad choice of names as our sometimes faithful hound promptly deserted me for the sanctuary of the shade provided by the garden shed, safely out of earshot, some 300 meters away. I suspect he was tone-deaf and probably did not have a single shred of musical appreciation in his entire half meter. Better to stay cool in the shade and to listen to his rumbling digestive juices as his share of the Christmas turkey went slowly south.

To this very day, I still wonder if Neil Armstrong was ever aware that his historical step, on that July day in 1969, onto the Sea of Tranquility would but a few short months later, be eclipsed by the ascension of a meteoric rising star from a sun burnt dusty paddock in southern Victoria. His Eagle had landed, mine had only just taken off, shrouded in a nimbus of the scent of freshly cut Summer grass, the cacophony of evening crickets and yes indeed the accompanying overture of my ongoing heavenly harmonica serenade.

If I had only known then, that by my middle years, I would be living and working in Germany at Noteworthy Collectibles collecting banknotes and coins and other items of Australian numismatic interest and that all my illusions of this perfectionist society would lie shattered and crumpled at my feet like the hastily discarded festive wrapping from my beloved harmonica. Had I been clairvoyant I may not have been so assuredly smug on that portentous Christmas Day back in 1969 and maybe, just maybe, Mr Armstrong may never have felt his moment of fame being so clearly eroded by a back country upstart with a solitary dog for an audience.

133 thoughts on “Where Noteworthy Collectibles Began.”